La Buse - The Pirate with the Buried Treasure

Some pirates became what they were out of rage, some from an altruistic desire to elevate the lower levels of society, some even because they wanted to run away from home. This is the story of a French pirate who did it for fun, and left behind a mystery (and perhaps even a treasure) that lasts to this day.

Olivier Levasseur was born in the town of Calais, in northern France, sometime between 1688 and 1690. His family was wealthy, and he received an excellent education, then chose a career in the French navy. During the War of Spanish Succession (1701-1714) he procured his own ship and a letter of marquee from King Louis XIV, and became a privateer.

Capturing enemy ships and keeping a percentage of the value of ship and cargo was the job of a privateer, and it was a fine way to gain treasure. Levasseur had no real need of the money, but he seems to have become addicted to the excitement of hunting and catching ships.  When the war ended, all French privateers were ordered to return home, but Levasseur ignored the order, stayed in the Caribbean and became a pirate.

He soon earned the nickname of “La Buse” (The Buzzard) because of the speed and ruthlessness with which he attacked his enemies. His other nickname, “La Bouche” (The Mouth) is somewhat less flattering.
By 1716 he was traveling with English pirate Benjamin Hornigold’s pirate company. It was at this time that people began to note the scar over his right eye, which limited his sight.

The Frenchman sailed with Hornigold for approximately a year, befriending pirates Sam Bellamy and Edward Thatch, later known as Blackbeard. The long association is remarkable, for Hornigold refused to attack English ships, even when they were easy targets. Levasseur, who had fought against the English during the war, had no such scruples.

Eventually the Hornigold party split, and Levasseur decided to try his luck on the West African coast. He teamed up with two more Englishmen in 1719, Howell Davis and Thomas Cocklyn. In 1720, the three attacked the slaver port of Ouidah, on the coast of Benin. Together they reduced the local fortress to ruins.

Later that year, he was shipwrecked in the Mozambique Channel and stranded on the island of Anjouan.
Legend says that Levasseur was instrumental in the building of a pirate fortification near Madagascar.
Whether he built it or not, from 1720 onwards he launched his raids from a base on the island of Sainte-Marie, just off the Madagascar coast. Once again he had teamed up with English pirates, this time John Taylor and Edward England. His bad eye had been getting worse, and by now he was completely blind on that side, and began wearing an eye patch. 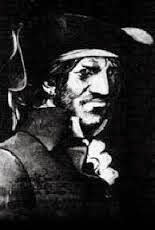 Pirates had dreamed for years of duplicating Henry Avery’s feat of capturing one of the Great Mughal's heavily armed and heavily laden pilgrim ships to Mecca. But opportunities like this do not come often. Levasseur and his friends first plundered a ship called the Locatives, and sold the loot to Dutch traders for £75,000 (about $17,077,500 in today’s money.)

Despite their success, the pirates had a falling out. It’s been suggested that Levasseur and Taylor got tired of England's kindness toward their captives. In any event, they marooned him on the island of Mauritius.

At this point, Levasseur had no need of money. He could easily have retired on his last, enormous prize. But money had never been the point to his career. It was excitement the Frenchman was after. He found it, and everlasting fame, in his next exploit.

He and John Taylor were off the coast of Reunion island when they spotted an enormous ship, the Portuguese great galleon Nossa Senhora do Cabo (Our Lady of the Cape) also known as the Virgem Do Cabo (The Virgin of the Cape).  The vessel was loaded with treasures belonging to the Bishop of Goa and the Viceroy of Portugal, who were both on board returning home to Lisbon.

It seemed at first that the fight of a lifetime was brewing… the Portuguese ship showed a total of 74 gun ports, and Levasseur had only 26 cannons aboard his ship, while Taylor had even fewer. But the pirates had stumbled upon their prey at the most opportune time imaginable. The Cabo had been damaged in a storm, and to keep her from capsizing the crew had dumped all of her 72 cannon overboard, then anchored to undergo repairs. The pirates made their capture without firing a single broadside.

The booty consisted of bars of gold and silver, dozens of boxes full of golden Guineas, diamonds, pearls, silk, art and religious objects from the Se Cathedral in Goa, including the Flaming Cross of Goa made of pure gold, inlaid with diamonds, rubies and emeralds. It was so heavy, that it required 3 men to carry it over to Levasseur's ship. The total treasure was estimated at over 2 billion dollars in today’s money.

When the loot was divided, each pirate received at least £50,000 in golden Guineas (approximately $12,000,000), and 42 diamonds each. Levasseur and Taylor split the remaining gold, silver, and other objects, with Levasseur taking the golden cross.

For several years Levasseur concentrated on spending his treasure. Then, in 1724, he sent a negotiator to the governor on the island of Bourbon to discuss the amnesty that had been offered to all pirates in the Indian Ocean. However, the French government wanted a large part of the stolen loot back, so Levasseur decided to avoid the amnesty and settled down in secret on the Seychelles archipelago, just north of Madagascar. 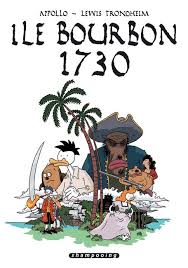 Local custom permitted a man to have as many wives as he could afford, and several pirates set up tiny kingdoms for themselves. But the area was without the trappings of “modern” life. Food, clothing, and entertainment were very crude, and for a man from a civilized background, life must have occasionally been tedious. Levasseur continued to sail looking for more adventures.

Eventually he was captured near Fort Dauphin, Madagascar. The French authorities then took him to Saint-Denis, Réunion and hanged him for piracy at 5 p.m. on 7 July 1730.

Legend says that when he stood on the scaffold he had a necklace around his neck, containing a cryptogram of 17 lines, and threw this in the crowd while exclaiming: "Find my treasure, the one who may understand it!" What became of this necklace is unknown to this day. 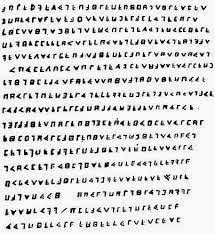 The cryptogram, however, is said to endure. The codes and symbols in it have been linked to the Masonic Lodge, the Zodiac, the Clavicles of Solomon, and the Twelve Labors of Hercules. Arcane rituals, it is said, must be carried out in exact order for the treasure to be found. 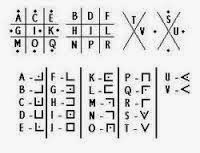 A man named John Cruize-Wilkins, son of the man who re-discovered the cypher, has devoted his life to finding the treasure, and spend hundreds of thousands of his own money on earth-moving equipment, diving equipment, and permits. He knew that Levasseur was a scholar, and his description of how he believed the treasure was hidden is said to sound like a Dan Brown thriller.

And why would a pirate go to all that trouble to hide a treasure that no one was trying to steal?


"It's amazing what these guys did... the passion," Cruise-Wilkins marvels. And after all, what else did a semi-retired pirate have to do? 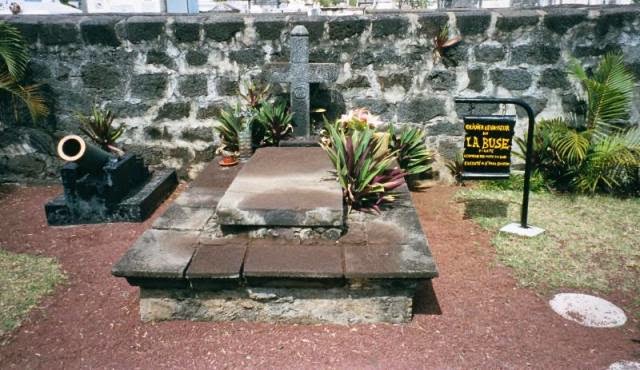