The Whores of Old Port Royal

In the days of Captain Morgan – yes, that red-coated fellow on the rum bottle – Port Royal was officially the Wickedest City on Earth. Not only was the place officially an “open port” – a place where pirates were not prosecuted, and could come, go, and sell their ill-gotten goods without interference from the authorities. Not only was it a place nearly drowned in rum, where one in three buildings housed a tavern. But it was also a place where prostitution was legal, and where working women made names for themselves – and fortunes to take back to England. 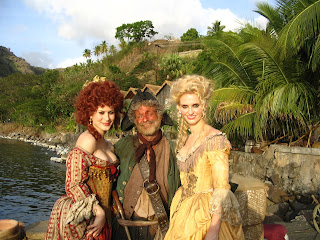 The women were colorful – one could afford to be, in a city filled with pirates. They sported names like Salt-Beef Peg, No-Conscience Nan, and Buttock-de-Clink Jenny. Attitude was everything. A contemporary writes:

“A little Reputation among the Women goes a great way; and if their Actions be answerable to their looks, they may vie (in) Wickedness with the Devil: an Impudent Air, being the only Charms of their Countenance, and a Lewd Carriage the Studied grace of their Deportment. They are such who have been Scandalous in England to the utmost degree, either transported by the State or led by their Vicious Inclinations; (to) where they may be Wicked without Shame, and Whore on without Punishment.” 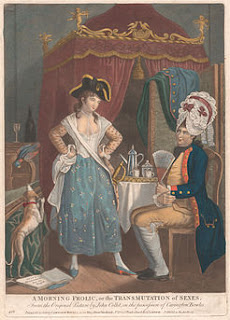 In other words, the Port Royal prostitutes made more money if they had a reputation. They looked like prostitutes, and made no pretense of being anything else. Exactly what made up their “wickedness” is not specified, but this was a time period when women were not supposed to have any sort of independent sexual life. Merely acting “sexy,” or taking lovers for pleasure as well as profit may have been what shocked the writer of the passage above.

Notice that, while some of these women have been “transported” – meaning shipped to the English colonies as punishment for crimes, others have come to the New World out of choice. Why?

The answer is that, when the pirate fleets were in port, money flowed like rain-water. Men were walking around with the equivalent of hundreds of thousands of dollars in their pockets, and also carrying an understanding that disease, injury, enemy weapons or the sea itself might kill them at any moment. They wanted a good time, right now, and were willing to pay for it. 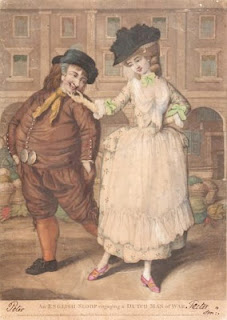 How good a time, and how much money? Three hundred and fifty years have passed since Morgan’s day, but some stories remain. In one case, a pirate paid a certain woman the modern equivalent of $25,000 merely to strip naked. (Women’s clothing of the time was so bulky and hard to take off that women who did not have servants rarely removed all of it. Prostitutes serviced customers by lifting their skirts, even if they had a room for the night.)

But most famous of the ladies of Port Royal was Mary Carleton. She had been born in the English district of Canterbury, daughter of a fiddler. But in 1663 she rode a barge into London, walked into the first tavern that would admit a woman, and became Maria von Wolway, a German princess, running away from an arranged marriage. Mary claimed that her common clothing was a disguise, and that she was a rich orphan who had left estates and jewels behind her because she wanted to marry for love.

She threw herself on “the kindness of strangers” and since she was pretty, and presumably rich, she found no shortage of kindness. She quickly married a man named John Carleton who thought he was getting a prize. It soon turned out that Mary was not only not German and not a princess, but that she was already married to a shoemaker named Thomas Stedman, and had borne him two children, neither of which had survived.

In the mid-1600s divorce was impossible. But John Carleton took Mary to court for bigamy and false representation. Mary countered by accusing her husband of falsely representing himself as a lord. Both sides published pamphlets publicizing their side of the conflict. The case became a popular scandal, the talk of taverns and coffee houses all over London.

At her trial, Mary announced that, even though she wasn’t a princess, she had worked hard to cultivate the accomplishments of one, and that ought to count for something.  She was acquitted. After the trial, she wrote an autobiography (probably ghost-written) and starred in a play about her life. This brought her more admirers. Once of them persuaded her to marry him. Shortly after she did, Mary ran off with his money, valuables, and keys while he was drunk.

For the next ten years, Mary made a career of pretending to be a rich virgin heiress on the run from an arranged marriage. She duped many men and stole many valuables, often from husbands who were too embarrassed to admit they’d been taken. She was finally convicted of stealing a sliver tankard and sentenced to penal transportation - in other words, she was thrown out of England and sent to live in Port Royal. 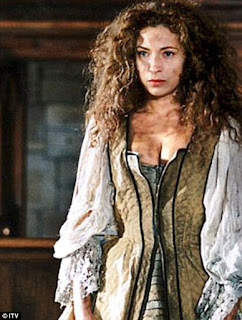 For two years she was the toast of the wicked town. She may have had sex with Morgan himself. She certainly serviced his men. But Port Royal lacked the thing that Mary loved – gullible guys who wanted to marry a rich virgin. Pirates were more direct, less inclined to marry, and apparently more impressed with practiced skill than blushing virginity. After two years, Mary stowed away on a ship and went back to England, where she was soon up to her old tricks.

In many ways, Mary Carleton was like the pirates she knew. Though she made an enormous amount of money over the course of her life – not only stealing valuables, but receiving many rich presents from men who courted her – she never used the money to set up a comfortable life for herself.  She seems to have been addicted to the thrill of the chase. I believe that it is significant that she never pretended to be a rich widow – only a virgin heiress. Apparently playing this part was more important to her than life itself. In December of 1672 she was captured when a man searching for stolen loot recognized her. She was tried in the Old Bailey. Because she had returned from penal transportation without permission, the sentence was death, and Mary was executed by hanging on January 22, 1673. 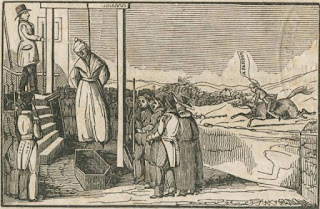