As I have mentioned before, Golden Age pirates were pirates with a purpose. The piratical call of “Freedom!” has been preserved through the ages, but the rallying cry of “Give a working man  a chance!” has not, even though it was a more common statement at the time. Pirates, representing a variety of people who were being abused by the economic system of the time, were trying to promote a system in which every person had similar opportunities in life, and (at least) enough to eat and a place to live. 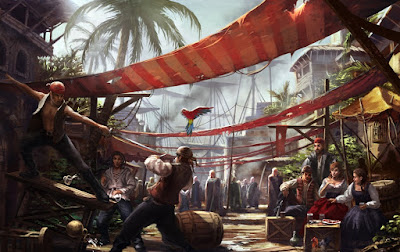 Libertalia was a legendary free colony forged by pirates. It was founded and ruled by the pirate Captain Misson (sometimes spelled Missin) a semi-legendary piratical figure described in The Robberies and Murders of the most Notorious Pyrates (1724).

Historian and activist Marcus Rediker describes the pirates as follows:
These pirates who settled in Libertalia  would be "vigilant Guardians of the People's Rights and Liberties"; they would stand as "Barriers against the Rich and Powerful" of their day. By waging war on behalf of "the Oppressed" against the "Oppressors," they would see that "Justice was equally distributed." 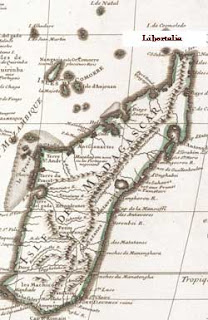 No one knows for sure if Libertatia actually existed. Pirates aren’t noted for keeping good records about their societies.  But real or not, the radical ideas that it represented inspired undisputed real-life events. For example, after the American Revolution, a group of pirates fleeing from England were wrecked on an island and set up their own society. They called their new island "the Republic of Spensonia", after a fictional country created by the English author and political reformer Thomas Spence. 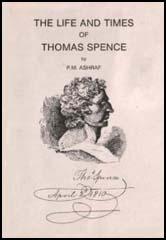 These pirates stood against monarchies, slavery, and capitalism as a way of distributing wealth. The pirates practiced a form of direct democracy, (one man one vote) where the crew held the authority to make laws and rules. Their system encouraged leaders to think of themselves as the equals, not the superiors, of those they led.

The pirates insisted that "every Man was born free, and had as much Right to what would support him, as to the Air he respired." They resented the "encroachments" by which "Villains" and "unmerciful Creditors" grew "immensely rich" as others became "wretchedly miserable." They spoke of the "Natural right" to "a Share of the Earth as is necessary for our Support." They saw piracy as a war of self-preservation, and had no need for money "where every Thing was in common, and no Hedge bounded any particular Man's Property," and they decreed that "the Treasure and Cattle they were Masters of should be equally divided."

Libertalia’s motto was said to be "for God and liberty," and its flag was white, in contrast to a Jolly Roger. Thecitizens were anarchists, waging war against states and lawmakers, attacking ships, sparing prisoners, and freeing slaves. It is said that Misson's crews often were equal parts African and European, as he did not support slavery. The pirates of Libertalia called themselves Liberi, and lived under a communal city rule, a sort of worker owned corporation of piracy. They had articles (shared codes of conduct), and used elected systems of re-callable delegates. 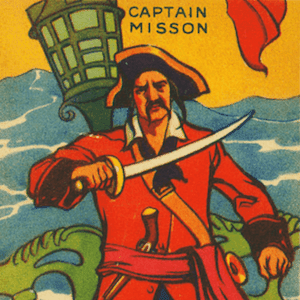 Captain Misson, founder of Libertalia, was French, born in Provence, while in Rome he ran into Caraccioli - a "lewd Priest" who gradually converted Misson and a sizeable portion of his crew to his way of thinking:

he fell upon Government, and shew'd, that every Man was born free, and had as much Right to what would support him, as to the Air he respired... that the vast Difference betwixt Man and Man, the one wallowing in Luxury, and the other in the most pinching Necessity, was owing only to Avarice and Ambition on the one Hand, and a pusillanimous Subjection on the other.

Convinced by the priest’s persuasion, the whole crew became pirates. They shared everything, including the ship, and freed the first cargo of slaves they encountered, urging the Africans to join them as brothers.

Off the coast of Madagascar, Misson found a perfect bay in an area with fertile soil, fresh water and friendly natives. Here the pirates built Libertalia. No more were they English, French, Dutch or African. They were Liberi.  They created their own language, a polyglot mixture of African languages, combined with French, English, Dutch, Portuguese and native Malagasy.

Shortly after work on the colony began, they were joined by the pirate Thomas Tew. The Liberi - "Enemies to Slavery," aimed to boost their numbers by capturing another slave ship. Off the coast of Angola, Tew's crew took an English slave ship with 240 men, women and children below decks. The African members of the pirate crew found that many friends and relatives were among the formerly enslaved.

The pirates settled down to become farmers, holding the land in common - "no Hedge bounded any particular Man's Property." Prizes and money taken at sea were "carry'd into the common Treasury, Money being of no Use where every Thing was in common."

Was the colony real? The pirates of the time certainly believed it was. Members of the infamous “Flying Gang” who took Nassau in the Bahamas in 1715, and held it until 1718, claimed to anyone who would listen that they would “Make another Madagascar” of their new conquest. But modern scholarship doubt that Libertalia (or Libertatia) was ever a real place. Certainly there were pirate settlements on and around Madagascar, which Libertalia may have been based on: Abraham Samuel at Port Dauphin, Adam Baldridge at Ile Ste.-Marie, and James Plaintain at Ranter Bay were all ex-pirates who founded trading posts and towns. These locations appear frequently in official accounts and letters from the period, while Libertalia appears only in Johnson’s General History, Volume 2. Give the piratical tendency to – um – overstatement, especially when telling stories, the whole thing may be a myth.

But it’s a telling myth. A powerful statement about a desire for a bold social experiment, conceived by outlaws considered the dregs of society. It’s interesting to note that these pirates didn’t dream of fantastical wealth, ultimate power, or eternal life. All they wanted was a peaceful existence where no one took advantage of them.

So far, there has never been a serious archeological search for Libertalia. What would we do if we found it?
Posted by TS Rhodes at 7:37 PM