On April Fools Day, 1696, a mysterious ship sailed into the port of New Providence in the Bahamas. It’s sides were pierced with gun ports, it’s sails tattered, it’s hull low in the water from a heavy cargo.  The sailors of this ship were strangely dressed, their weather-beaten bodies covered with silks from China, satins from Arabia, and spangled cotton gauze from India. Their captain went ashore to meet with the island’s lawful governor, Nicholas Trott. 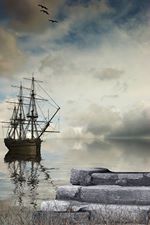 The captain introduced himself and proposed a bargain. He said that his ship, the Fancy had been trading illegally off the coast of Africa, and the crew now wanted to come ashore, sell their cargo and take some much needed leave. To gain the governor’s good will, they were willing to offer him a gift - £850 (three times Trott’s annual salary) and the Fancy herself, once the cargo had been sold.

Though Trott would later testify in court that he had no proof the newcomers were pirates, he was not a fool. The choice before him was clear – uphold English law, as his job required, or take the money. He did not hesitate. Captain “Bridgeman” and his crew were welcomed warmly, and given permission to go wherever they pleased.

Even Trott did not know he faced the most wanted man in the world. “Bridgeman” was, in fact, Henry Avery, and the Fancy had been pirating off the coast of Madagascar for nearly five years.

Henry Avery is a legend. His name appears on every list of famous pirates, and his story has been told everywhere from the pubs of 17th century Jamaica to the science-fiction world of Doctor Who. Some say that Avery began the Golden Age of Piracy single-handedly. 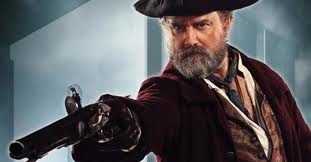 And Henry Avery was a real man.

Born in 1660, Henry Avery had spent most of his life at sea. He had served with distinction in the Royal Navy for many years, and had suffered the usual lot of a sailor. The food was often rotten, due to corrupt pursers and captains. He had been beaten and humiliated. He had gone unpaid for years, and sometimes had his pay confiscated by his own officers. This was the life of a sailor in the 1600’s and it was far better than the alternative. Men who lost eyes or limbs in battle received no compensation at all, and had no choice but to become beggars.

But Avery wanted a better life, and in 1693 he believed he had found one. A group of rich merchants had built ships which needed crew. This expedition planned to travel to Spain for the necessary documents, then sail under the Spanish flag, trading with Spanish colonies and plundering French settlements that encroached on Spanish territory in the new world. Pay was guaranteed to come every six months, and the first payment came in advance.

Best of all, with his excellent background, Avery secured a position as an officer, First Mate aboard the warship Charles II. 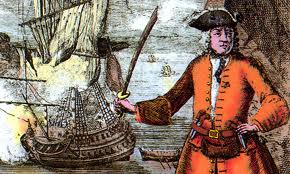 The first payment came as expected, but then things began to go wrong. The voyage to Spain should have taken two weeks, but lasted 5 months. When the ships arrived, the paperwork still wasn’t ready. Tied up in port, the ships waited, their crews growing more and more worried. The next promised payment did not come. Those who complained were locked in irons by the merchants’ representatives. These who offered to abandon their pay in exchange for a trip back to England were threatened with Spanish prison.

Some of the sailors wrote to their wives back in England and the women went to the homes of the merchants and bankers who had financed the project. The news they received was chilling. The offers of pay and freedom had been a lie. The ships and the men aboard had been sold to Spain. Avery and his comrades were slaves of the Spanish government.

Avery met with the English sailors on land. If they would not be given leave to go, they would take it. The next night, on May 5, 1694, four months after arriving in the Spanish harbor, the Charles II began gathering seamen willing to risk all to regain their freedom. Unfortunately, those manning the longboat spoke too plainly, and the plan was discovered. One of the other English ships, the James began firing on the Charles II. Avery ordered the anchor line cut, and the ship to sail at once. Under heavy fire from other ships and the Spanish port, the Charles II escaped the harbor.

Once free, Avery allowed the ship’s captain, and a few other men who did not approve of the plan, to row away in the longboat. Then he set forth a proposal to the remaining 85 man crew. They were in control of a 46-gun warship, and outside the law. Avery proposed that they sail to the Indian Ocean, and use the Charles II’s superior firepower to plunder any ship they came across. When they had their fill of treasure, they could sail back home, and no one would be the wiser.

Avery was elected captain in a fair vote, and proposed other startling changes. As captain of a privateering ship, he could have expected to receive 14 to 16 times as many shares of plunder as a common sailor. Avery would take only one extra share. He insisted that his authority as captain was only necessary during battle. At all other times, actions of importance to the crew would be voted on democratically. The crew agreed to all of this, and immediately voted to rename the ship. From now on, she would be called the Fancy.

Avery wrote an open letter to the English people. In it he told them that he did not plan on robbing English ships. (But he did relive one English vessel of an anchor and cable to replace those he had lost.)

Though an amazing progressive in many ways, Avery was still a man of his time. He treated the Europeans he encountered with civility and respect, but looted and burned African and Muslim villages and ships with impunity. He gathered large quantities of rice, brandy, wool, linen and silk. But he did not find much cash on the ships they raided. 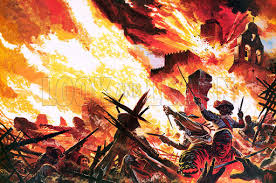 Then the crew learned of a very rich convoy coming their way. A treasure fleet, carrying pilgrims from Mecca and treasure belonging to the Grand Moghul of India. It was the greatest opportunity in the eastern hemisphere, and would be coming out the mouth of the Red Sea, near their present location. Avery took the Fancy to a likely spot to wait. He joined a motley bunch of small English and French pirate vessels with similar ideas.

But, traveling by night and carrying no lanterns, the treasure fleet slipped past them in the darkness.  Only one small ship was caught. Learning that their prey had escaped them, the pirates gave chase.

Some pirate ships were lost. Others, unable to keep up, transferred their crew to larger ships and were burned so they would not fall to the authorities. Three days later they overtook a single ship, the Fath Mahmamadi, a ship larger than the Fancy but armed with only 3 guns. One exchange of broadsides ended the battle. The Fath Mahmamadi carried £60,000 in gold and silver, enough to buy the Fancy five times over, but Avery wanted more. He left a crew of pirates aboard and went back to the chase.

Two days later he overtook the next ship. It was the Ganj-in-sawi, private property of the Grand Moghul, with 80 guns, 400 muskets, and 800 men. Avery still had 3 small pirate ships with him, but the odds seemed insurmountable for the 46 gun Fancy.

Yet luck was with the pirates. As the Ganj-in-sawi began to fire, one of her cannons, improperly loaded or containing some internal defect, exploded on the ship’s deck, killing and maiming dozens of men, and blowing a hole in her side. Avery followed up his advantage. The Fancy’s guns cut down the Ganj-in-sawi’s main mast. The pirates caught the larger ship, and captured it in hand-to-hand combat on deck.

Avery told the story later, of how his men had discovered the ship laden with a beautiful princess and members of the Moghul’s harem. He told how he and his men courted these lovely women and married them, celebrating their nuptials over the next several days. 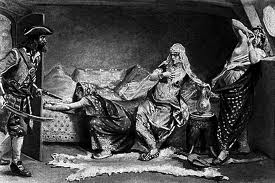 Then, true to their original plan, the pirates sailed for the Caribbean, landing in New Providence and disposing of their cargo. Each man had as much gold as he could carry. Governor Trott assisted Avery to buy another, less conspicuous ship, and the pirates scattered to the four winds. 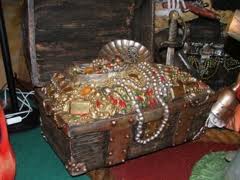 Avery was never caught.  Most of his crew were never seen again.

This was the story that taught downtrodden sailors to dream. Embellished with Avery’s own stories, it told of how a lowly deck-hand could fight for his freedom, find justice, and use his skills to make himself rich beyond imagination.

Avery’s story inspired me, too. I have used his name and some of his story in my own pirate saga, The Pirate Empire. My free offer is over now, but my books are still available and reasonably priced. Scarlet Sails begins my story of one pirate’s search for freedom, love, and the next glass of rum.