It seems like whenever someone wants to create a pirate costume or drawing of a pirate, the first thing they do (well, maybe after the tricorn hat and the parrot) is to add a patch, a pegleg or a hook. How come? What’s the big deal with these and pirates?

To begin with, all of these things were real in the 18th century. People really did have pegs for legs and hooks for hands, and wear patches over their eyes.  And I’ve personally encountered people who think that this was some kind fashion statement, in the same way that people today wear tattoos, or decorative scarring, or practice extreme body modification.

They were not. In fact, these things were standard medicine at the time. They were, simply, the best way of helping disabled people to go on with life in a normal way. 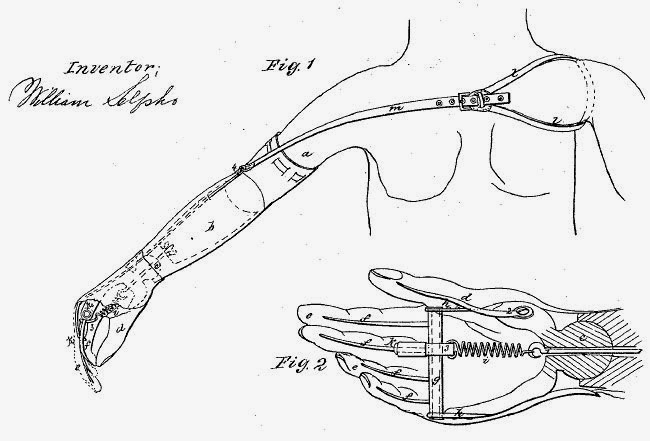 Loss of limbs was much more common during the 18th century, especially among sailors. Not only were men wounded in battle, but the everyday activity of the ship was dangerous (something we have trouble relating to in a world were OSHA regulations protect us).  People tripped and fell down hatches, or missed their grip and plunged from the high masts. Things dropped from the masts and landed on those below.

In an age before the invention of antibiotics, any sort of wound could be dangerous. A broken bone – especially a compound fracture – often became infected.  In order to save the patient’s life, the affected part would be amputated. 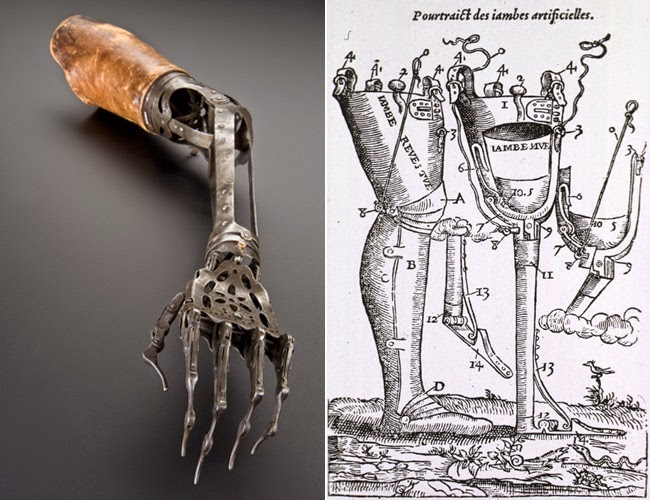 Any limb severely damaged would probably face the same fate. Remember, anesthetics had also not been invented yet, so surgery took place with the patient screaming and trying to get away. Reconstructive surgery was hardly more than a dream. Since a crushed hand, foot or leg could not be reconstructed, and was at great risk of infection, it was safest to simply remove it.

For the rich, skilled physicians and talented craftsmen teamed up to create the most workable and aesthetically pleasing results possible. During the 1600's it had been discovered that the stump of a severed limb could be sculpted during the amputation process to make it better adapted to receive a prosthesis. 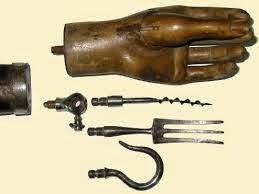 In the case of a leg, the stump needed to be formed as much as possible into a cone, When walking on the stump, the weight would be dispersed over the surface of the leg, rather than concentrated on the end of the stump, which would be very painful.

Of course, this assumed a competent medic. Pirates most often recruited from among common sailors. Officers and skilled workers were harder to persuade to abandon everything for the sake of freedom. In the absence of a surgeon, the ship's carpenter (good at using saws) the cook (skilled at butchering animals) or even barber (practiced with knives) would be pressed into service. If worse came to worse, any brave man with an axe could try. A person badly enough injured to need an amputation was in danger of death anyway. 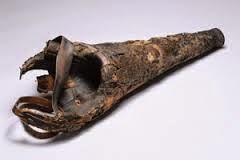 These results often yielded very unsatisfactory results. The most famous legless pirate - Long John Silver - didn't have a wooden leg. He used a crutch instead. One assumes that putting weight on the remnants of a botched amputation were too painful to endure.

Must have been pretty bad. Crutches of the time were simple wooden "T"s without even a hand grip. Actors who have played Silver remark on how painful these crutches are to use. 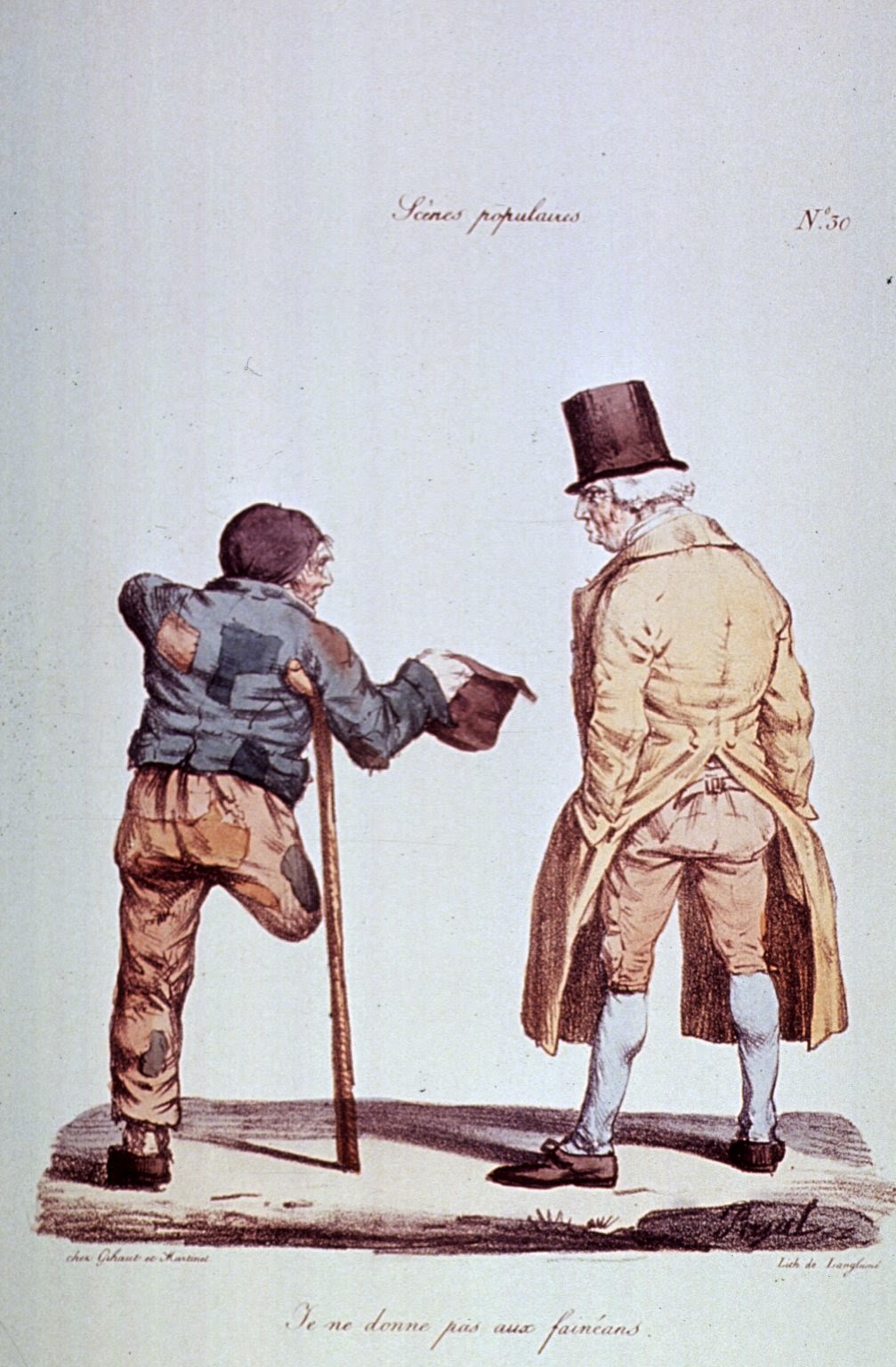 And this leads us to why amputations and pirates go together - Writers.

Robert Louis Stevenson created Long John, and gave him the missing leg to make him distinctive. Similarly, J.M. Barrie gave his pirate a hook hand and the name Hook to make him a memorable, frightening character. And when Chris Columbus wrote a screenplay about a group of kids looking for pirate treasure, and needed a pirate that could be positively identified by his remains, he created One Eyed Willy. 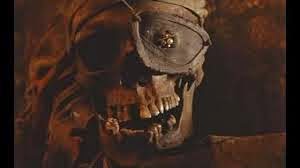 It's been suggested that the eye patch thing actually had a reason. Famously, the Mythbusters postulated that wearing an eye patch enabled attacking pirates to keep one eye acclimated to the dark, so they could run belowdecks on a merchant ship without being blinded by the change of dark to light. This is persuasive, except that every effort was made to keep the lower decks on a ship as brightly lit as possible. After all, people had to work down there.

Historically, there are no really famous pirates missing either legs or hands. Pirates who lost limbs in the course of their work were paid a benefit out of the ship's operating fund so they could retire comfortably. One pirate did have a disabled eye. French pirate Olivier Levasseur (aka The Buzzard) had an eye that had been damaged by a sword stroke, and wore a black silk patch later in life.But he wasn't famous for the patch, and pictures don't show it, choosing instead to show the dramatic scar.

So hook hands, peg legs, and eye patches are associated with pirates simply because they could be. And because some very good writers chose to make these kinds of disabilities a distinctive mark of their greatest creations. It worked. We associate disabilities with pirates.

One other kind of prosthetic that was fairly common at the time was the prosthetic nose. People lost their noses - to frostbite, injury, and to disease. Syphilis, in its later stages, can cause skin lesions that ultimately cost the patient extremities like noses and ears.

My favorite is this ivory nose, although silver was also used by those who could afford it. Those who couldn't afford it wore a flap of leather to hide the disfigurement.

Anyone inspired to create a new pirate? 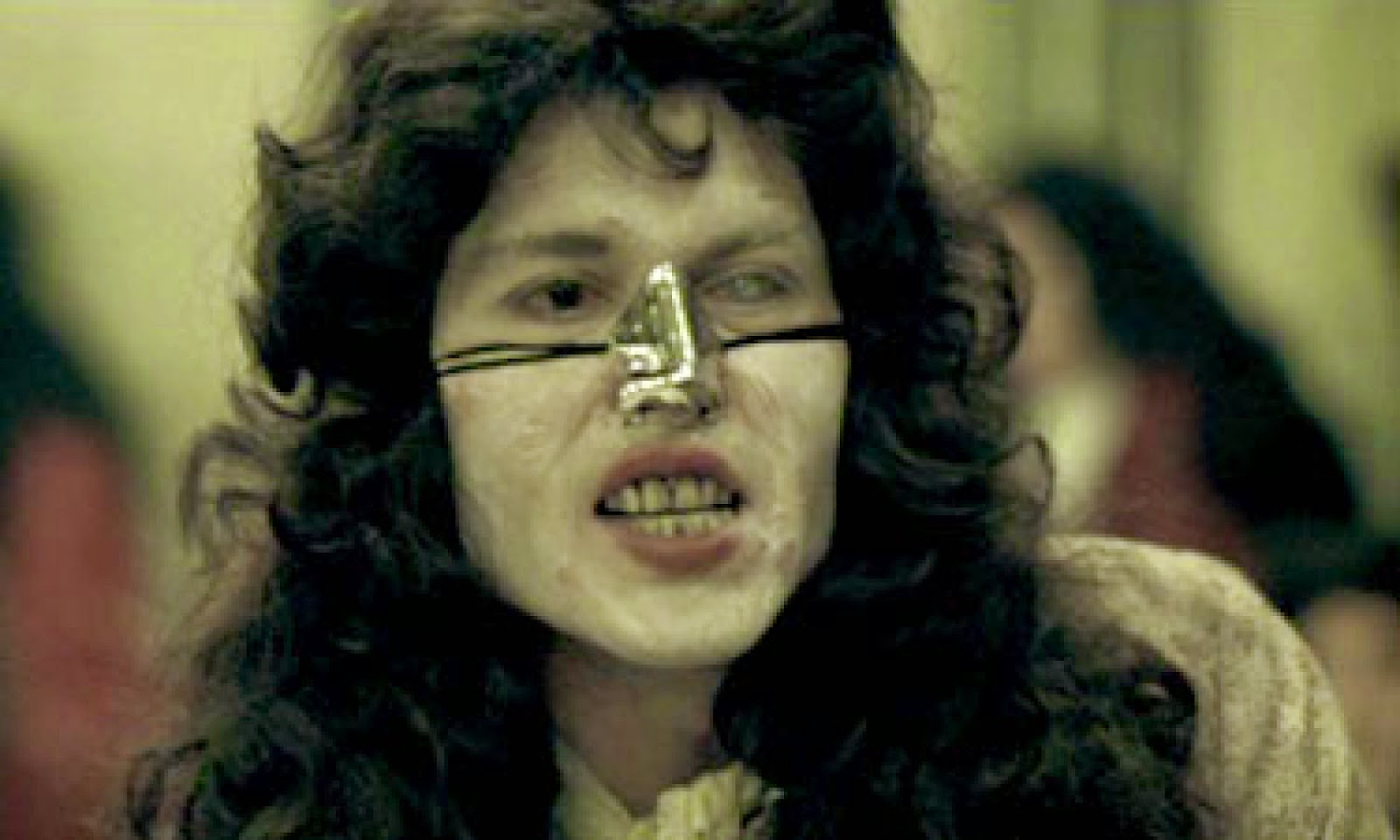